St John's Church was originally situated in Clackmannan Road, about half a mile from the present building. In 1867, the Earl of Mar and Kellie donated some of his land and financed the building of the present church. This was designed by Sir Rowand Anderson and consecrated in 1869. The old church was sold to the local Roman Catholic congregation in 1869 and used by them until 1961, when they moved to their present church in Mar Street. In 1873 Thomas Bradshaw described St John's  as 'The most elegant place of worship in the county'.

St John's is a Grade B Listed building and contains much of historic and intrinsic interest. The church was re-furbished in the early 20th century, with the help of the Younger family, who were members of the congregation at the time. This refurbishment included woodwork designed by Robert Lorimer and two enamels by Phoebe Tranquair. 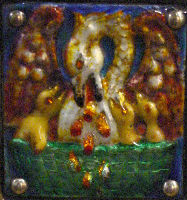 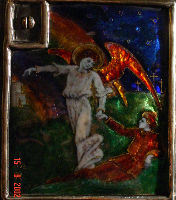 The bell tower contains one of the few peals of eight bells in Scotland.

Extensive work was carried out in 2003 & 2013. This involved a large amount of re-pointing and repair to internal walls caused by damp. The central heating boiler was replaced and the system up-graded  in 2017.